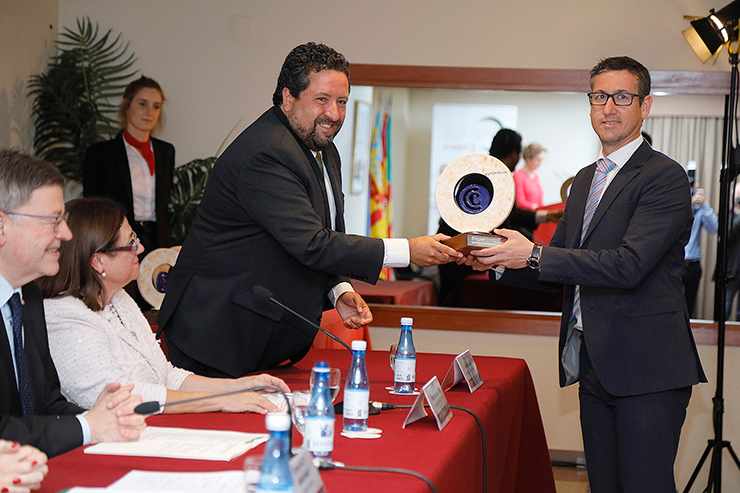 This award recognizes the effort made by the company to expand internationally.
The Jury of this edition of the Chamber of Commerce Export Awards, has unanimously agreed to recognize the role that five companies from Castellon (Spain) have been developing in the internationalization field, being Digit-S the winner in the category of entrepreneurship. In the process, the jury highlighted the active international presence of the company despite being a startup, with only 5 years of activity, in which has developed an specific and specialized product. During its short history, the firm has signed agreements with companies from Egypt, Portugal, Italy, Tunisia, Indonesia, Vietnam, Malaysia, and recently China, the largest ceramic producer in the world.
At the awards ceremony, held today, Tuesday, April 24th, Alejandro Martín, Business Manager of Digit-S, has explained about the importance of this award as it “recognizes the work and effort of the company to take their products worldwide, betting for the digitalization of the entire process of ceramic decoration, from the conception of the idea to its production”.